A Guide for Principles of EE II at Rutgers University

We introduce a new notation we’ll call the “Laplace Domain”. It is similar to the phasor domain from PEE 1. It’s very simple.

We introduce the variable \(s\).

We solve everything the same way as we previously did. But now we just replace every \(j\omega\) with \(s\).

How to Bode Plot - A Beginner’s Guide

See below for professor’s PDF notes on Bode plots and filters.

Basic Introduction to Fourier Transforms of a Time Domain Signal

But then what happens when we say that our signal \(x(t)\) has an infinite number of components? We can turn it into an integral:

Let’s not worry too much about the math right now.

In the purpose of transmitting signals over the air (think TV, radio, etc..) channels will typically occupy a certain “band” of signals.

For our purposes we’ll just define a band as a range of frequencies.

Now these TV and radio channels will typically be made of many different signals with frequencies that lie within a band assigned to that channel.

For example the TV channel WABC occupies the band of 765 KHz to 775 KHz. This means that the channels transmissions will be made up of a signal of the frequencies in that range.

A filter itself does almost exactly what you think it would it would do with a signal. It will allow (or disallow) a certain range of frequencies from passing through it.

Depending on what a filter allows and disallows through it can be classified with different names.

Please make note of the word ideal. Because this means that the filter will definitely pick up (or block) the intended signal.

A non-ideal filter will pick up the intended signal, but possibly some non-intended signals as well. This results in channel interference.

Now imagine a normal RC-series circuit where we have a voltage source \(V_{in}\) in series with a Resistor, R, and Capcitor of capacitance C 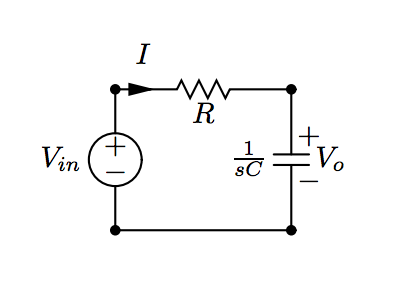 Now from this vircuit we can deduce that our transfer function is:

Then we can convert this to the frequency domain

This gives us our transfer function based on frequency. This is a ratio between the input and output signals.

We find that based on different types of filters, these transfer functions will differ.

When we have higher order (3rd, 4th, 5th) RC circuits, we’ll see that the range of frequencies in the transfer-band decreases.

The smaller the transfer band the less cross-talk interference.

We should also note that:

We can see the exact relationship with phase angle \(\theta\) by the following: 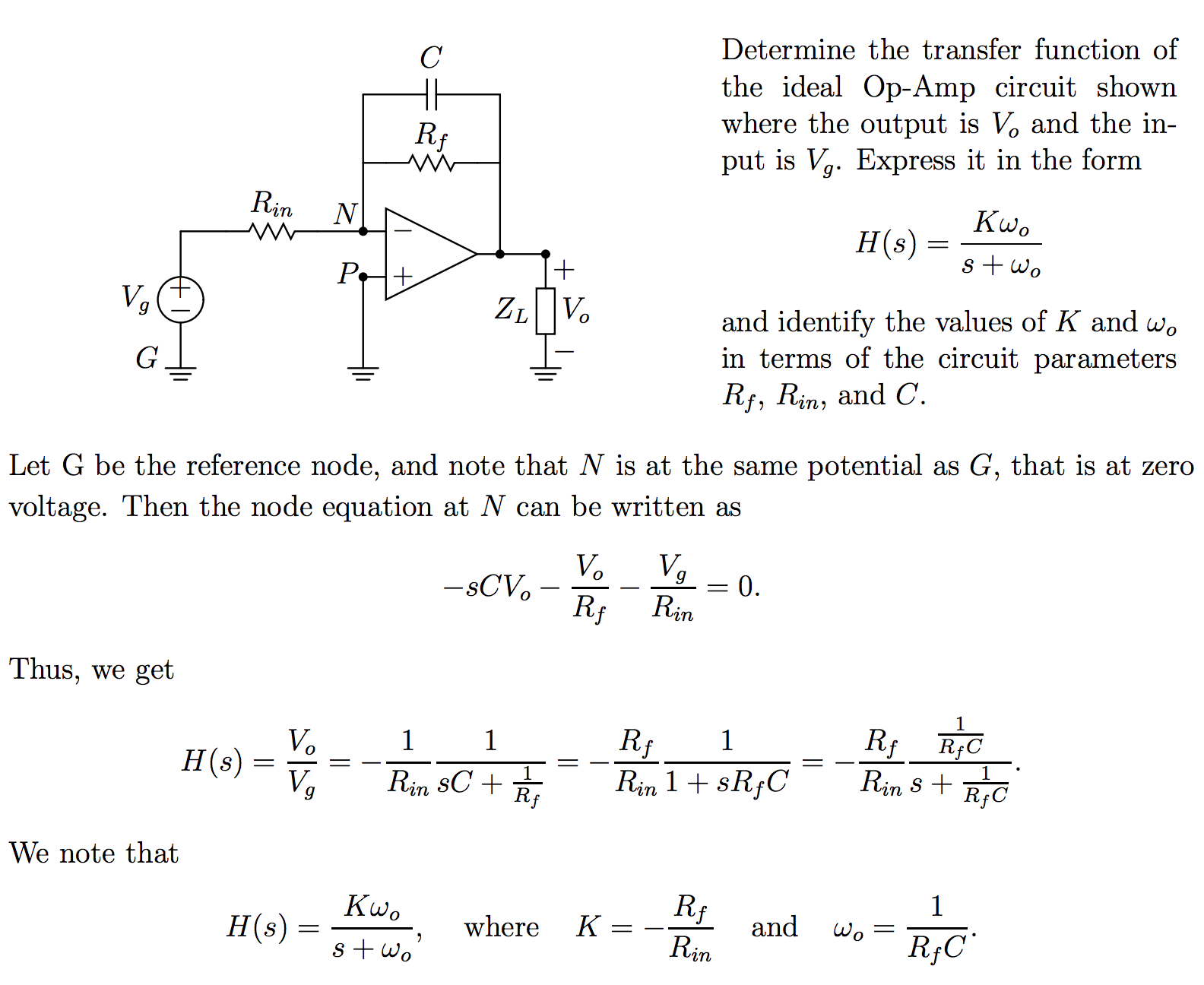 Roll-Off Rate At the edges of a passband filter, the rectangular shape is an idealized filter response. The slope is infinite. However, in actual circuits we find our transfer functions do not actually provide us with this ideal slope.

The steeper we can make these slopes the better our filter will tend to be. The slope of the frequency magnitude esponse outside the passband it often called the gain roll-ff rate. The higher the roll-off rate the better

Passive filter circuit (if properly designed) have the advantage of not requiring maintenance and are relatively cheap. However, when passive filters are cascaded, one filter circuit acts as a load to the previous filter. If the loading effect is dominant, the performance of the composite circuit will degenerate.

On the other hand active filter circuits do not present any loading problems since Op-amps have very low output impedance and high input impedance. However, the downside here is that active filters require maintenance and are prone to parasitic effects.

Typically filters will be designed with units in mind that make them easy to work with. The problem is that not all applications will use these numbers. They need to be scaled to their applications.

See below for a more detailed explanation on cascading 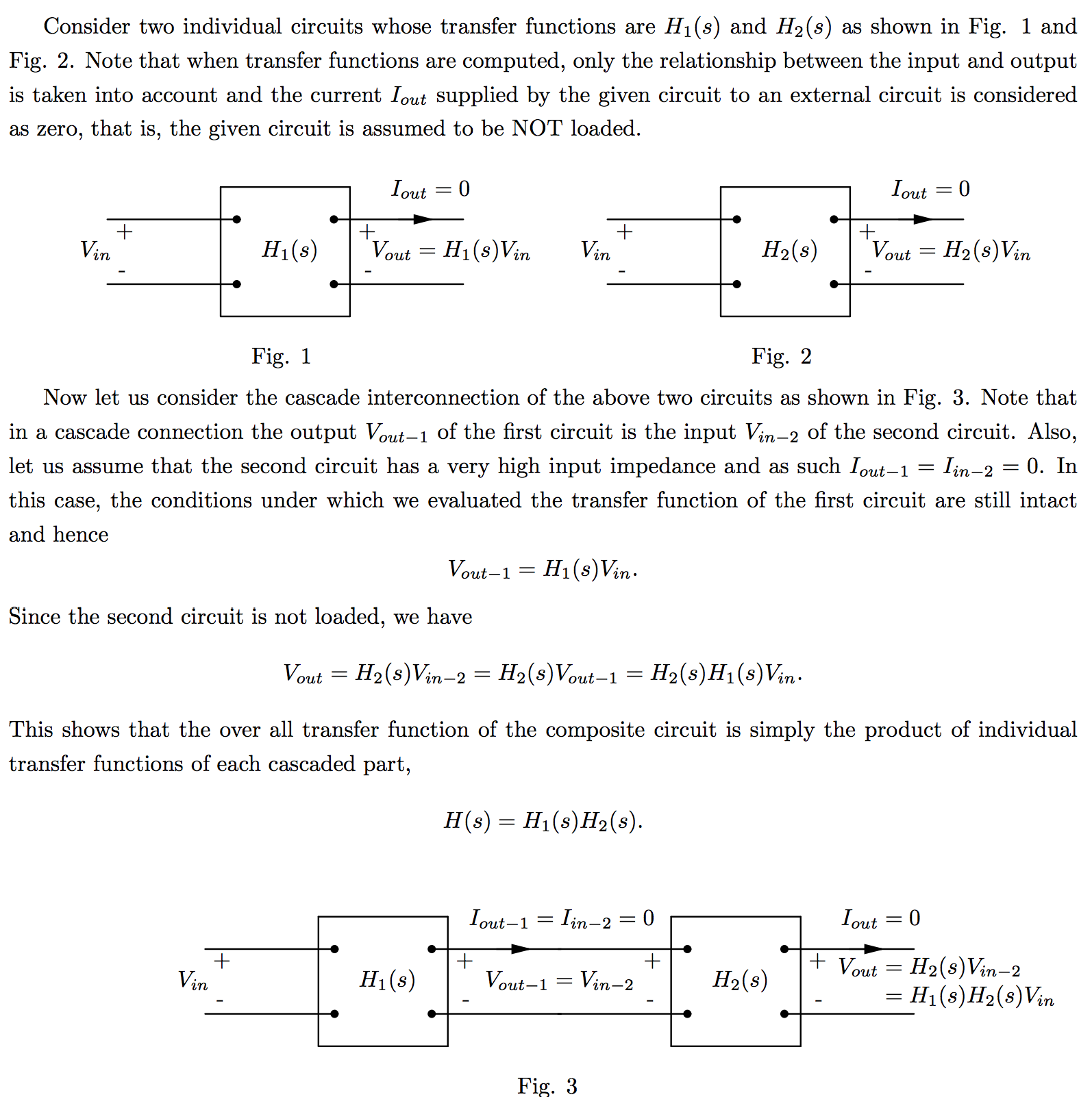 When we scale a single active filter circuit from one function to another. Usually we will want to scale the magitude and frequency up to certain values.

From this we can then determine how we should modify the filters components (capacitors, resistors, inductors) depending on the scaling we want

Then for frequency scaling we get

From these we get our scaling formulae

Effects of Scaling on a Transfer Function

Steady State Response of a Circuit

Voltage over an Inductor

Current Through an Inductor

Current over a Capacitor

Voltage over a Capacitor

The response of a circuit to the sudden application of a constant voltage or current source is referred to as the step response of the circuit.

Step Response of an RL Circuit

We find that in a basic series RL circuit the current through the circuit is:

Step Response of an RC Circuit

For a basic series RC circuit, the step response is equal to

A Laplace transform for a function \(f(t)\) is denoted as:

This is called a unilateral or one-sided laplace transform which extends from 0 to infinity. We will only be dealing with this type of transform.

A delta function is characterized as a function which at any point in time, \(t\), that the amplitude is \(\infty\), but the duration of the pulse at that point is equal to 0.

Mathematically the impulse function is defined as:

In the real world, these electric circuits these types of electric signals don’t actually exist, but they come very close, and this mathematical model is useful.

We should note that

Operations on the Laplace Function

Certain operations in the time domain correspond to multiplications, additions, and divisions in the Laplace domain

In other words, integration in the time domain of a function corresponds by simply dividing by \(s\) in the Laplace transform of the function

Inverse Transforms in the Laplace Domain

It is common to evaluate the functions for voltage or current of a into a form like:

You need to know how to solve partial fractions. Use the links below in case you need a refresher

Now for an example on how an inverse transform from the Laplace domain. Imagine we’re given the function:

So finally (after a bit of algebra) we can say

In this section we’re going to explore two port circuits and how we can use them to build circuits. 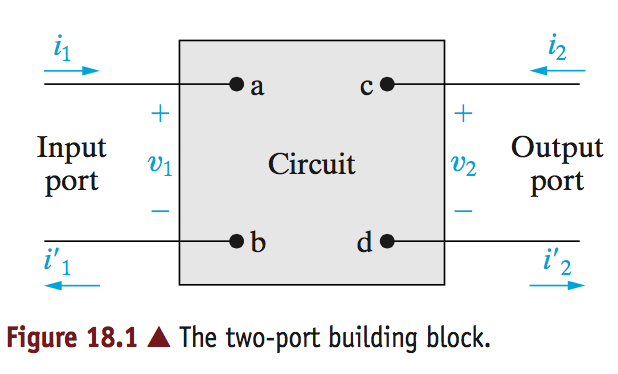 These two-port circuits are typically analyzed in the \(s\) domain, or frequency domain. Because of this, and the fact that there are actually only two different current values, we simplify the circuit model to the following:

Now because we are now using the \(s\) domain we can defined a set of equations which show the relationships between the inputs and outputs.

Of the four variables which define this two-port model, we can only define any set of equations for two of variables at a time.

If we wated to combine all of these variables there are six possible ways (or sets) of equations.

Notice how for each set of equations there are four different constants. These constants for the entire two port circuit are all called the parameters of the circuit.

So then how do we solve for these parameters?

That’s a complicated question, but we’ll start off easy. First take the first set of equations with the \(z\) parameters. In order to solve for these parameters we can evaluate for each \(z\) if we set the \(I_1\) or \(I_2\) variable to 0.

If we set the those current to 0 and solve for each of the parameters this will give us the solution to the circuit.

If we wanted to define these different parameters:

This means that any of these parameters can be calculated by simply opening one of the ports and measuring the ratio of Voltage to current of the other port, and then the transfer impedance by calculating the open port voltage by the closed port current.

Note that each of the \(z\) parameters defined an impedance. Not all of the parameters from each of the equations define impedances. Some define admittances which has a unit of \(\frac{1}{\Omega}\). There are also parameters which don’t define and impedance or an admittance. They are simply a ratio of two voltages or currents.

A full set for all parameters is below.

The process of solving these circuits is simple. You just need to set the different input variables to 0 (current, voltage), then solve for the circuit to determine the parameter values.

The hardest part is just remembering which parameters belong to which equations.

These three phase circuits are required in typical power transfer systems because the power companies need to ensure that the RMS voltage on the line does not change no matter what the impedance load is on the circuit.

Typically a three-phase system will carry thee different sinusoidal electrical signals. We name the different lines (or signals), a, b, and c.

Each of the lines carries the exact same RMS voltage, however the phase of each line is 120 degrees offset from one another.

We also consider the signal of line a to have a phase of zero degrees. This means that the b and c-lines will have phases of +120 degrees or -120 degrees.

An important property of these three-phase systems is that because they are offset from one another, if we add the sum total of their signals together, it should always be zero.

A three phase system will have three different (yet nearly identical) voltage sources. Typically they are arranged in a Wye (Y) or a Delta (\(\Delta\)) pattern.

The impedances and resistances from each source are due to the internal resistance of the source. We’ll call the total of this impedance \(Z_g\). Because the system is a balanced three-phase system, the individual sources all have impedances \(Z_{ga} = Z_{gb} = Z_{gc}\)

If we were to draw a circuit with this model is would look like: 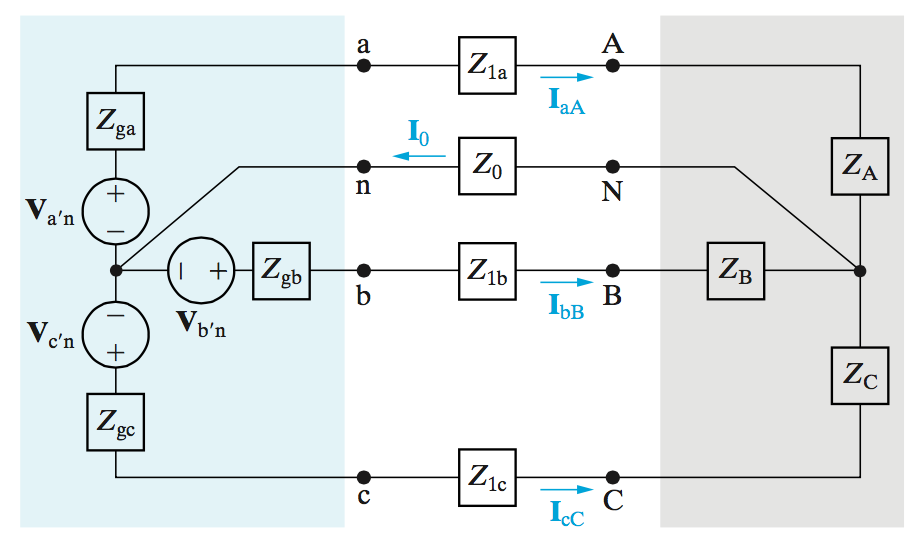 Note the neutral line with impedance \(Z_0\). The nodes at which this line are connected both have a node-voltage of zero. This means that neither location has a potential higher than the other. Thus the current through that particular branch is 0.

Another note, \(Z_\phi\) is the sum total impedance of internal + line + load.

To calculate the Line to line voltages we should first look at the relationship to the netrual line voltage.

If we assume that there is then a positive phase sequence, then the voltages of each are equal to:

Using this information we can calculate the line to line voltages.

After the analysis of the other two lines we get: